Keith Fairclough in his attack on the Liverpool Echo's letters page rejects the notion that the artificial hysteria about alleged antisemitism is a conspiracy designed to not only undermine Jeremy Corbyn, but to bury the socialist alternative to the present carnage in social provision.

He seems blind to the fact that this campaign is led by the Tories and their media, right-wing Blairite MPs, and a gaggle of lords headed by a former chief executive of the Tory party; along with a plethora of financiers, hedge fund managers and property magnates, claiming to represent the Jewish community, all weighing in with mostly unsubstantiated claims of antisemitism in the Labour Party.

Their campaign, like previous witch- hunts - from the Spanish Inquisition's through Salem and McCarthyism to the expulsion of Militant - is based on innuendo, guilt by association, and conflating the appalling actions of isolated thugs with the mass membership of the Labour Party.

The object of the exercise is to sow doubt among Jeremy's millions of anti-austerity supporters who find hope in the anti-austerity, anti-war, pro-NHS policies he espouses against the interests of the capitalist class.

We can expect the hysteria to increase in volume the closer we get to any coming elections. But I'm confident the majority of a discerning public will see through this charade. 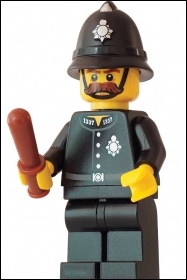 The real police are unaccountable enough - now wealthy individuals can buy their own?   (Click to enlarge)

A private police force currently operating in Mayfair, Belgravia and Kensington (not the bit where Grenfell Tower was) is going to widen its area of operations.

Currently it appears to specialise in investigating fraud and cybercrime. It says that operatives have even started a murder investigation.

For a fee of between £100 and £200 a month they provide a five-minute response, and state their service is becoming popular because of the effects of cuts in police budgets on responding to crimes.

There are serious worries with such developments. Who controls them? Who are they accountable to?

It also means we are witnessing even more of the rich getting preferential access to justice. I do suspect they won't be venturing into knife crime hotspots though.