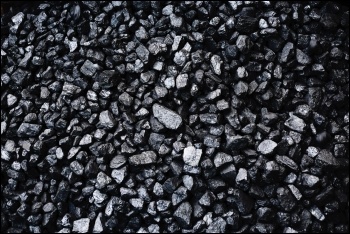 Aberfan, Hillsborough, Grenfell. Names synonymous with warnings ignored, corners cut and the disregard capitalism has for working class lives. There are parallels, too, between these disasters in how the media portrays victims and survivors.

'Black River', a novel by Louise Walsh, is about events after the Aberfan disaster. 116 people, mostly children, were killed by the collapse of a coal tip on the Welsh village in 1966.

The novel follows Harry, one of the first journalists on the scene, who amid the chaos and horror is appalled by the behaviour of other reporters and their attitude to survivors and rescuers.

He is co-opted into the real-life campaign to take on the media and get them to lay off the village. Like with Hillsborough and Grenfell, the media tried to divert anger onto survivors and victims - instead of those responsible for these preventable disasters.

The Telegraph branded the people of Aberfan "greedy" as the community demanded control of the £1.8 million in donations to the 'Disaster Fund'.

We have seen a similar struggle by Grenfell survivors. Some even turned down offers of free holidays in fear of how it would be reported.

The novel takes us back to 1960s Aberfan, Cardiff and Fleet Street, with cameos from a young Rhodri Morgan, and well-known left Labour MP for Merthyr, SO Davies. Davies battled the press over its reporting on Aberfan - but also his own party leader and prime minister Harold Wilson, who used some of the Disaster Fund to pay for removal of the tips.

Because of this he was deselected and expelled from Labour on the eve of the 1970 general election. Running as an independent socialist, he defeated Labour by 7,000 votes.

Black River is a fascinating glimpse into the aftermath of Aberfan. But while many things have changed since the late 60s, Grenfell shows the need for the real voice of the working class to be heard.

And the story of SO Davies reminds us that we need political representatives who don't ignore warnings, but fight the profit-driven causes of these preventable disasters. Deselecting the Blairites and booting out the Tories - who all preside over austerity and privatisation - would be a good start.