"I can't give you a new book, we don't have enough" 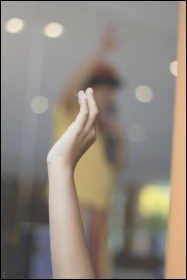 At my school, students and teachers are desperate for resources. We barely have enough pens and glue sticks so we have to take turns to use three glue sticks that have already been overused.

In history, I asked for a new exercise book because I ran out of pages and the teacher said "I can't give you a new book, we don't have enough."

Our form teacher gets messages saying 'don't print so much because we can't afford the ink', yet printing is needed for pupils and teachers.

This has all happened since my school became a privatised 'academy'. I often hear the teachers talking about it to each other.

When I was in a drama performance we had to ask the crowd for funding. Teachers are having to pay for props and printing.

Education is in dire need of funding and support. Kids also need resourcing. This upsets me because education is a very important part of my life and others' lives. It helps us towards a brighter future.

But the Tory government is cutting schools to shreds and being selfish and keeping the money to themselves instead of giving it to public services that we pay taxes for.

Very rich people have a brighter future because they can afford tutoring but the working class can't.

I liked the Socialist's article about 'Prevent' training. At my school, there is a poster on the wall (pictured).

I don't think being anticapitalist is extremism. Also my teacher said that 'communism' will never work - but capitalism isn't working for me and my mum.

Capitalist states are writing laws and upping funds to clamp down on dissent in countries around the globe.

The Economist reports almost nine-tenths of US cities over 50,000 citizens now have paramilitary 'Swat' police squads.

This is four times more than in the 1980s. And the ACLU has found the value of military equipment owned by US police forces has soared from $1 million in 1990 to $450 million five years ago.

Sources in Malta report the island's gangster-capitalist Labour Party has plans for anti-democratic constitutional changes should it win the required two-thirds majority next election.

The supposedly 'liberal' European Union, which itself has no meaningful democratic structures, has acted to shore up the Spanish state's Francoist repression of the Catalan liberation movement.

China has spent more on domestic security than the military every year since 2010 - and more than doubled the spend on both in that time, according to its Ministry of Finance.

In France, neoliberal poster boy Emmanuel Macron hand-picked every deputy elected to the national assembly for his party, according to the Washington Post. The president's proposed parliamentary 'reforms' would hand more powers to his own office while cutting the number of elected representatives.

He should be wary. The repressive regime of one of his predecessors, Charles de Gaulle, stored up huge resentment - a major cause of the May 1968 revolutionary general strike.

Britain, of course, already has some of the most restrictive anti-union and 'anti-terror' laws. And in 2014, Boris Johnson, mayor of London at the time, bought three potentially lethal water cannon for the Metropolitan Police - although public outcry meant he never got to use them.

The capitalists are tooling up because they know their deadlocked profit system can only breed more anger. The working class can only rely on its own strength - not the bosses or their state.