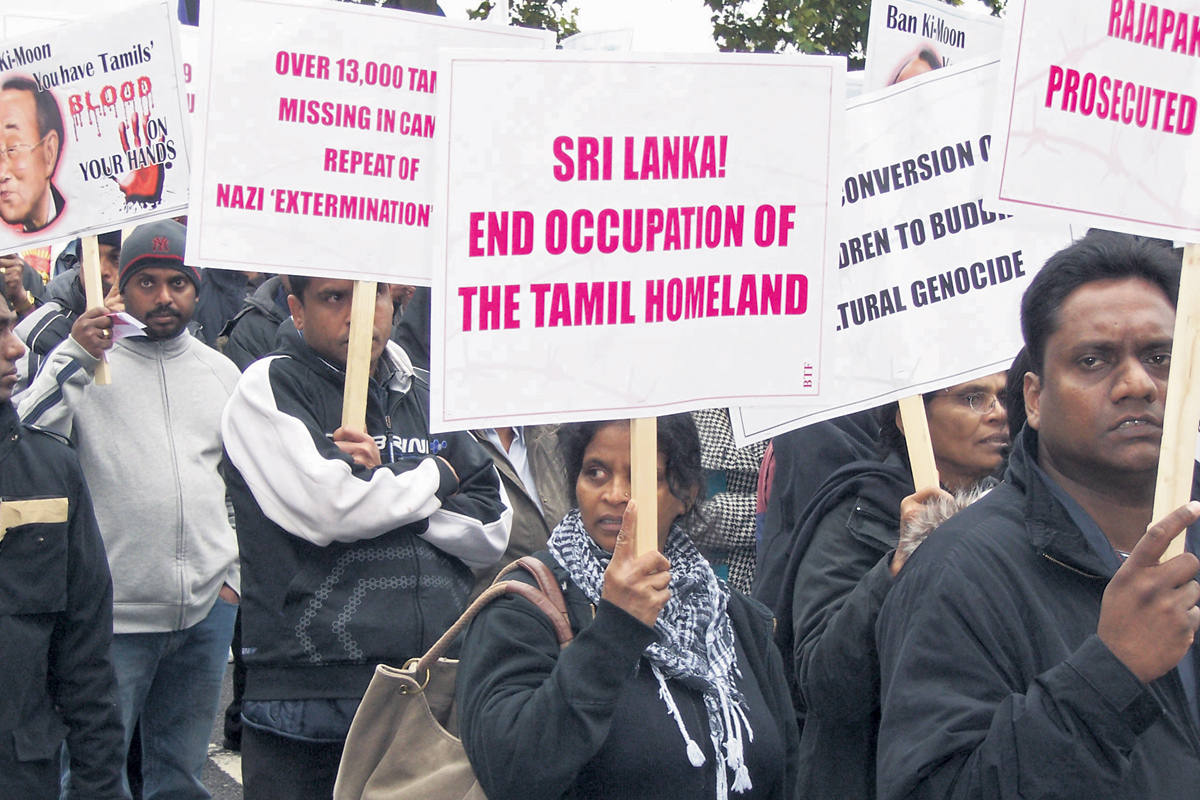 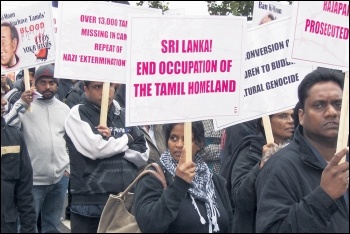 Marching for Tamil liberation in 2009, photo by Socialist Party   (Click to enlarge: opens in new window)

In 2013 he had taken his family on two holidays to Sri Lanka – all expenses paid by the government of that island. He did not register the trips, then lobbied on behalf of Mahinda Rajapaksa’s regime.

Sri Lanka was preparing to host the Commonwealth heads of government meeting. David Cameron, then Tory prime minister, attended. To the Tamil audience – a significant part of Britain’s electorate – Cameron spoke of the need for ‘justice’. But to Rajapaksa and his cronies, Cameron talked trade.

The next year, Rajapaksa faced criticism at the UN. Having enjoyed his lavish hospitality, on 19 March 2014 Paisley wrote to Cameron. In the words of the Commons standards committee, to “lobby against a proposed United Nations resolution setting up an international investigation into alleged human rights abuses in Sri Lanka.”

The committee called it “paid advocacy,” lamenting that it could “bring the House of Commons into disrepute.” It’s a bit late for that! But for a parliamentary committee to state so is a big deal – the 30-day ban is the harshest for 15 years.

The suspension has to be ratified by MPs – media reports say it will be; we’ll see – and would begin on 4 September. As parliament does not meet in the party conference season, it would last into early November.

It is also another reminder of the divisive sectarian politics at play in both Sri Lanka and Northern Ireland – able to thrive when there are no mass campaigns on jobs, homes, education and democratic rights which could unite the working class and all oppressed people.