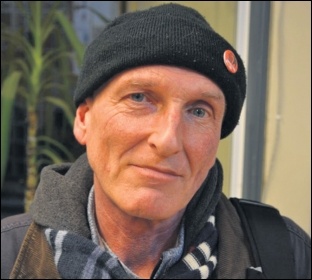 Ged learned a healthy disrespect for authority during his service with the RAF. He first joined our party in the early 1980s.

Years as a firefighter at Birmingham airport introduced him to trade unionism. And as a Coventry bus driver he successfully helped lead a major strike in 2001, where his character and vast knowledge of past strikes were invaluable.

He always had a passion for reading and learning. This included areas like film and photography but mostly he wanted to know about working-class struggle. This took him to study at Ruskin College in Oxford.

He was incredibly well-read and was debating the details of Trotsky's memoirs with party members only days before passing away. One Coventry Socialist remarked "Ged inspired me to read, read independently and read critically".

There was a personal struggle as well, over some years, with alcohol and drugs. We mention this because in 2011 he achieved the rare feat of giving both up completely. The determination and strength of character that took was one of Ged's most impressive characteristics.

Free to resume life, he took a low-cost journey around the Balkans ending up in Greece, a country entering political crisis. He took a liking to that country's fighters, as they did to him. We can do no better than end with extracts from the obituary they wrote:

"On July 14, our comrade Ged Travers left our life.

"We met Ged in Greece in 2011 when he first came here for a few months to find out what was happening in our country during the crisis. He liked and stayed in Thessalonica, where he photographed scenes in the city, mainly from a political and journalistic perspective.

"He stayed in our country for several years, making friends and forming relationships with many people. He actively participated in the political life of Xekinima (the Greek sister party of the Socialist Party) despite the language barrier and took part in many mobilisations of the anti-gold mining movement in Halkidiki.

"Laughing and always easy to talk to, he was a very warm presence for all of us. Farewell good comrade Ged, we will always remember your smile!"