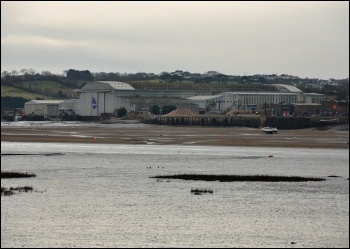 Babcock has been offered £60 million worth of contracts by the Tories to continue. But this is not enough, and they intend to close by March 2019 - the site is leased by them from Langham Industries.