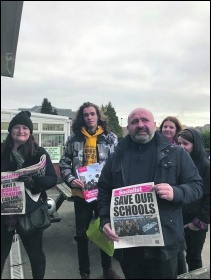 Workers at Rugby CEMEX to strike over pensions?