Link to this page: https://www.socialistparty.org.uk/articles/28426 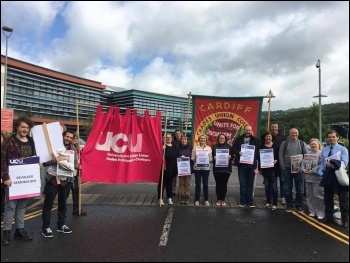 UCU members in Wales have recently won some important concessions from management and the Welsh Government by balloting with a big majority for strike action.

If accepted by members via e-ballot, lecturers pay will rise by 2-3.5% and management has agreed to discuss workload.

This version of this article was first posted on the Socialist Party website on 13 December 2018 and may vary slightly from the version subsequently printed in The Socialist.