Featured letter: Computer failures and crumbling buildings: a day in the life of a probation worker

There has been a massive computer failure in the Ministry of Justice. This comes as no surprise to those that work for the organisation.

The failure has affected the operation of the courts, causing trials to be stopped or postponed because barristers and solicitors have not been able to access vital emails and other important information.

However, the problem is much more widespread. I work for the National Probation Service and our computers have been going down for several days at a time, meaning that important information about offenders that can affect their welfare, staff health and safety, and the protection of the public, has not been shared.

The problems began in spring 2018 when a new computer system was installed. From the very beginning it was clear that not enough capacity had been built into the network. Access was difficult to impossible during the day but easier during a nightshift. Recently, we have been without computers for several days at a time.

There has been a 40% cut in the funding of the justice system and outsourcing and privatisation of the provision of IT services, and building maintenance. No doubt cost-cutting has led to the current crisis. Staff are already struggling to deal with everyday maintenance problems that rely on private contractors often travelling over 100 miles to fix sometimes minor problems.

Residents in my hostel are down to sharing one shower as the others have been out of order for months, including one that was leaking into electric appliances in the kitchen below! Toilets remain blocked for days. Staff pagers connected to their personal alarms only work intermittently... I could go on.

Parts of the probation service have been privatised. We should demand that a future Labour government fully funds the criminal justice system and brings back into the public sector all aspects of the service.

Venezuela - a weapon for the Tories 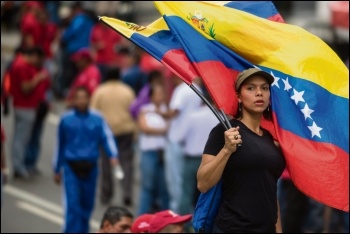 The Venezuelan catastrophe is being weaponised by the usual anti-Corbyn cabal who falsely describe it as another failed socialist experiment.

It is not socialism that has failed. Had socialism been carried through in Venezuela at the height of the mass movement following the failed coup against Chávez in 2002, the outcome could have been different.

Chávez defeated the coup and received support from the mass of Venezuelans and implemented reforms in their interests. But his failure to nationalise the banks, and other key sectors meant the capitalists could sabotage Chávez's programme.

In addition, democratic control and participation of the working class in running society were absent. Chávez developed a personality cult with himself as the supreme policy maker.

Current president Maduro is a grotesque imitation of Chávez and, despite his pompous declarations about 'socialism' and 'revolution', his policy consists of using the state and ruling party apparatus to manage capitalism.

But it's Venezuelans who should hold him to account, not Jeremy Hunt (the butcher of the NHS), Trump, or Brazil's Bolsonaro - who rushed to recognise the unelected Guaidó as 'interim president'.

With breath-taking hypocrisy, they condemn the Maduro government while selling arms to the most bloodthirsty dictators on the planet. This, while unleashing another outrageous smear against Jeremy Corbyn.

The labour movement needs to mobilise to defend Corbyn, demand a general election in Britain, and emphatically reject the charge that the crisis in Venezuela is a consequence of socialism.