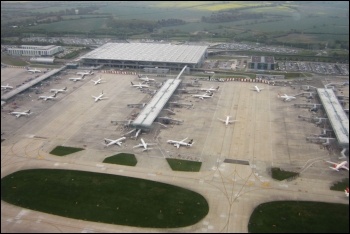 The president of flight attendants' union AFA, Sara Nelson, called her members out in support. A couple of weeks earlier, Nelson had even raised the need for a general strike.

Within hours, Trump conceded a temporary budget - without funding for his infamous wall - to prevent the strike spreading. Although he is hemmed in on all sides, the big business Democratic opposition could still negotiate a deal which includes divisive attacks on migrants.

As the victorious LA teachers show - strikes get results. US unions should seize the initiative and press their members' demands now, while the administration is on the back foot.