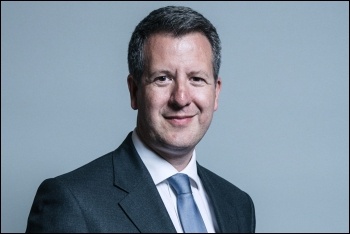 Nottingham's now ex-Labour MP Chris Leslie has been a problem for a while now.

After the 2017 general election his constituency Labour Party passed a motion of censure to call for him to stop having a go at Labour and Jeremy Corbyn in public, and an open letter went around just recently exposing some of his rubbish.

I doubt we'll miss him, but it's disappointing that he got to walk out when we should have slung him out.