Watson uses the witch-hunting methods of McCarthyism - 'The practice of making accusations of disloyalty, subversion, or treason without proper regard for evidence'.

Speaking on the Andrew Marr show he invoked the vile attacks on Ms Berger by fascist thugs (who were jailed for their criminal activities), as he did the murder of Jo Cox by a far-right fanatic and, by implication, linked these monstrosities to the stance of Wavertree party members, frequently interspersing the word "bullying" or "bullied".

Watson failed to mention that Wavertree members condemned these racist attacks and had frequently demonstrated against them.

We stand four-square in solidarity with the Wavertree members and support them in their total rejection of Watson's allegations.

This MPA defends the fundamental right of rank and file members to hold their elected representatives to account either at council or parliamentary level. This is a fundamental democratic right which Mr Watson and his allies are attempting to stifle.

The real crime, in his eyes, is that, unlike Mr Watson, Wavertree Labour Party is campaigning for the defeat of the Tories and for the election of a Corbyn-led government. 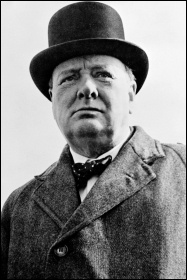 "Tonypandy? Villain", is how Labour shadow chancellor John McDonnell responded when asked if Winston Churchill was a hero or villain.

Churchill and his legacy has made headlines recently with some, mainly Tory MPs like Jeremy Hunt, trotting out the usual 'war hero' and 'greatest Briton' nonsense. But McDonnell is right and most workers over the years agreed.

Especially in places like south Wales, where Churchill sent in troops against striking workers. In Tonypandy in the Rhondda during a miners' strike in 1910, troops killed one miner and injured about 580 people. 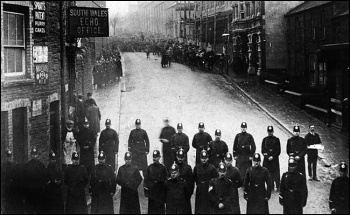 During a railway workers' strike in Llanelli in 1911 troops charged to clear a picket line for a passenger train but strikers were able to immobilise it by raking out the fire. The confrontation that followed culminated in soldiers opening fire. Two men were killed including 19-year-old Leonard Worsell, who had nothing to do with the strike.

My grandfather tells me that Churchill - even during the war - would be booed when he appeared on newsreels in the cinema. And he was booed in person when he visited Cardiff in 1950. And not just Cardiff, the same story is repeated in east London and in industrial towns and cities in Scotland and the north of England where Churchill placed battleships on the Mersey and Tyne during the 1926 general strike.

Add to this the Bengal famine in 1943, the 'Siege of Sidney Street', his role during the Boer War, his views on race... The list goes on. Villain is putting it quite mildly actually!