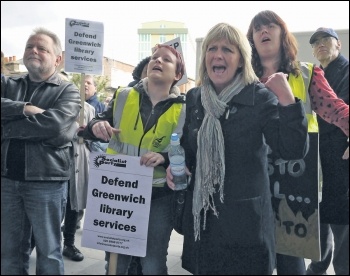 Unite the Union has launched a pay campaign targeting GLL. The company, operating under brand name 'Better', competes for leisure and library contracts around the country.

They promise to run services up to 25% more cheaply than local councils by paying workers less, offering lower terms and conditions and employing two-thirds of staff on zero-hour contracts.

Some companies, like Veolia, rule out negotiating across councils. Unite says this must now be challenged - starting with GLL.

GLL claims to be worker-led. This is nonsense. What kind of worker-led organisation allows a clause in contracts which states that, when the company is in financial trouble, it reserves the right to cut pay by 5%?

Unite is clear about what the answer must be - balanced, no-cuts, no-privatisation budgets, using reserves and borrowing to plug gaps, while mounting a joint campaign with the community and trade unions to win the necessary funding from central government.