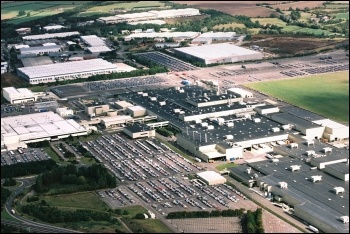 Car manufacturer Honda has said it will close its Swindon plant in 2021. If the closure goes ahead it will devastate the town as 3,500 jobs will be destroyed.

The Socialist Party stands fully behind the workforce and we think the factory should be nationalised to save jobs. See the next issue of the Socialist and socialistparty.org.uk for updates.