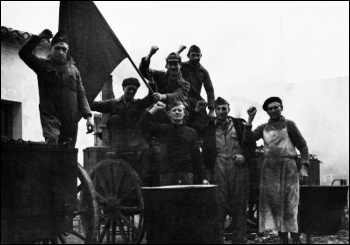 On the day in question, I went along to the Guildhall and was astonished to find around 60 people there including trade unionists and many relatives - from daughters to great nieces. The small plaque inside was not good enough.

It's been a privilege and an honour to work with this group and to find out so much about these working class heroes who went to Spain. Before they left every one of them was involved in strikes and disputes across the UK and as far away as Australia.

Most of them were at Corporation Fields where they fought against and smashed Oswald Mosley's fascists when they came to our city.