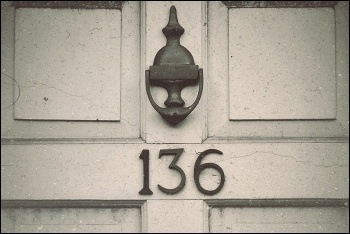 During the campaign against the Poll Tax, we used to say that the tax was unfair because a lord in his manor was expected to pay the same as a dustman down the road. This analogy resonated, and the campaign resulted in 18 million people not paying the tax, its abolition and the downfall of Thatcher.

When council tax replaced the defeated poll tax, there was a perception that taxing property was generally fairer than individuals, and for a while it was. However, Guardian analysis has revealed that council tax arrears in England have soared in the last five years by 37%.

Government figures show that in 2017-18 council tax debt stood at £3 billion. 305 people were given prison sentences in the same period with a further 6,278 given suspended sentences, for failing to pay their council tax.

Council tax bills, in many areas, have been raised by almost the legal maximum, 4.99%, before a legal referendum is due. This is the biggest increase since the tax was introduced in 1992.

Cuts to benefits and council tax allowance and the introduction of Universal Credit, combined with council tax hikes, have pushed a layer of people over the edge. Ruthless implementation of its collection is a result of years and years of austerity cuts by Tories and Blairites.

With notable exceptions, like the Birmingham bin workers and others, there hasn't been any proper fightback at local level by the trade union movement. We've ended up at a place where virtually everything has been closed, privatised or 'regenerated'. One of the only sources of revenue raising for councils, if they don't fight back, is local taxation - council tax.

The hollowing out of council tax departments means that staff, who would have previously helped people avoid going to court, now don't exist in the same way. Voice recognition and other new technology means that people often don't speak to an actual person.

You're in a crude sanctioning process, and can be bounced into the judicial system, without even knowing it. Similarly, the use of private bailiffs means working to crude targets that criminalise people unnecessarily.

The tax is particularly pernicious to women. Women who incurred small debts have ended up with the bailiffs at their door or even been imprisoned, with all the implications this holds for their families.

We demand that nobody is criminalised because they are poor. And that Labour councils have no truck with the handing out of sentences or using private bailiff firms.

If we are not to end up with a Poplar Council situation (1921), we need mass investment in local government.

My council tax debt arose as a result of my son living at home, then taking to the streets to live, being homeless and missing. Debt of £154.

They will not agree a payment plan, because they want it paid before the end of the last tax year. So automatically, I pass to debt collection agents who straight away come to your door, despite me calling and writing to council tax at city council - they won't speak to you.

So long story short, three calls at door by bailiff, I refuse to answer door. Eventually agree a payment plan over the phone of £10 a week i.e. £40 a month.

But some weeks I pay £20 or £10 but always keeping to £40 a month. This wasn't good enough for them because they cannot understand weekly payments, so another bailiff at door.

I will not be paying their fees. So probably will end up in prison when I finish paying what is 'owed'.