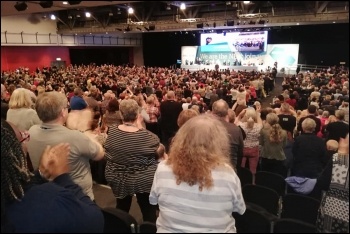 On 16 April, the day the Office for National Statistics announced that wages are 'rising', delegates supported an amended motion that commits the union to a strike ballot if teachers' pay remains stagnant.

This fighting mood had already exploded onto conference floor late on the first day of conference. Delegates overturned the leadership by demanding the union ballot all primary school staff to boycott all high-stakes summative testing.

Union reps and activists must now keep up the pressure to ensure real campaigns are built to win ballots on pay and testing.