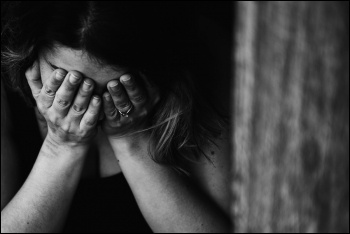 The bill's sponsor Terri Collins - a Republican in the Alabama House of Representatives - admitted it was a direct attack on Roe v Wade. This was the 1973 landmark decision of the US Supreme Court supporting a woman's right to choose.

The legislators are counterposing the rights of the foetus versus the rights of the pregnant woman, which can have tragic results. For example in Ireland Savita Halappanavar died of a septic miscarriage in 2012.

Doctors there had refused to carry out an abortion following an incomplete miscarriage. An abortion, even in these circumstances, would have been illegal at that time.

Accessing an abortion in some parts of the US has become increasingly difficult. Taking legally prescribed pills at ten weeks gestation can cost $800.

Rich women can usually gain access to abortions through their connections and wealth. It is working-class women from all cultures that are forced into either more dangerous back-street abortions or to proceed with their pregnancies, despite difficult economic, social and personal circumstances.

Legal abortions across the US are under threat. The appointment of Judge Brett Kavanaugh to the US Supreme Court has given opponents of abortion rights a majority there.

Wooing the religious right, Donald Trump now states that he hates abortions, but would tolerate them in cases of incest, rape and danger to the woman's life. But women should have a genuine right to choose without limitations.

There will be resistance to any attempts to limit the right to abortion. Protests have already taken place in Montgomery, Alabama.

It is necessary to take the campaign into the organisations of the working class, particularly the trade unions. There were massive demonstrations against Trump's racist travel ban, but it was the direct actions of workers at airports that forced an initial partial climbdown.

Capitalism has always attempted to control women's fertility according to its need. Women should have a genuine right to choose whether or not to proceed with a pregnancy.

This includes fighting for a fully free health service, an end to low pay and zero-hour contracts, free childcare and benefits that provide enough to live on.

The capitalist system won't give up these things without a fight.

Instead, we need a socialist society where the banks and big business are nationalised and the economy planned under the democratic control of the working class, so we can meet the needs of ordinary people.