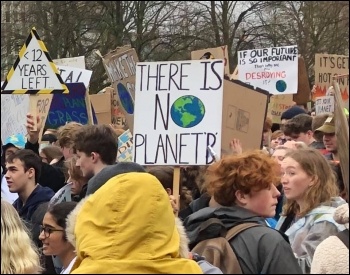 However, all this talk about an emergency was not going to deflect the council from dealing with important matters! It took an hour for them to elect a new chair and vice-chair with each being lauded for their previous sporting prowess and business acumen.

The companion of one councillor, I cannot remember which, was referred to as a "consort" for some obscure reason. Those of us waiting for the real business of climate change to be addressed looked at each other in dismay.

At first it seemed the Tory councillors would not put the climate change issue further up the order paper, but with a bit of encouragement from the public they did so!

However, the call for action so that the council could become carbon neutral by 2030 was defeated, with the target being pushed back to 2050.

More voters now understand the scale of opposition they face from Tory councillors who are more concerned with their political aggrandisement than saving the planet.