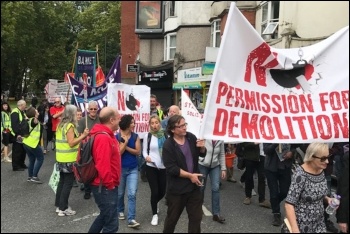 But having been elected as a councillor she has now been expelled from Labour due to her public support for Change UK - the small anti-Corbyn group of renegade Labour and Tory MPs.

The HDV gentrification scheme would have 'socially cleansed' huge swathes of the borough by pushing out working-class residents.

Much was made of Haringey becoming the first 'Corbynista' council.

Now the truth has been revealed and Barbara Blake's justified expulsion has confirmed what TUSC candidates said at the time. We were the real socialists not Barbara Blake and her crew.