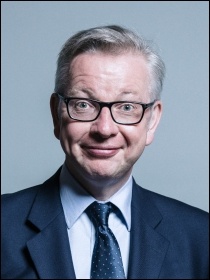 Michael Gove's Tory leadership campaign was tripping to catch up after he admitted taking cocaine on several occasions while working as a journalist.

But as Tory education secretary, Gove introduced rules that banned teachers for life if they did the same. Unbelievably, Gove has defended the policy!

Gove and other Tory contenders are unfit to govern because they've presided over a decade of cuts, privatisation and declining living standards. The Tories don't deserve to come within a sniff of power.

Gove put a line between him and millions of workers when he fast-tracked school privatisation. His Tory rivals promise a heady cocktail of cuts for workers laced with tax cuts for the rich.

We need a general election now to kick them all out!