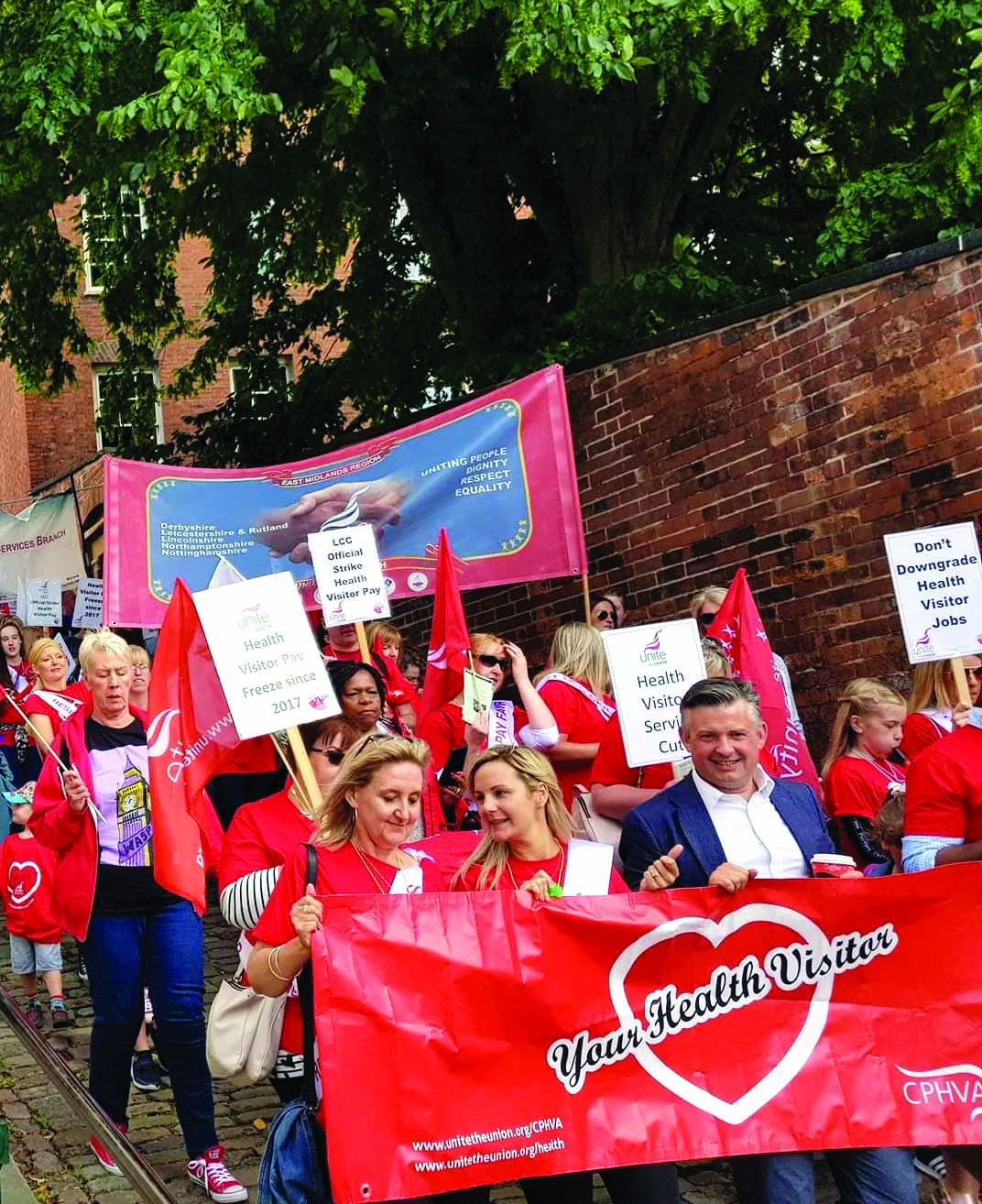 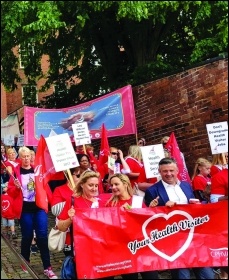 Unite the Union arranged a solidarity march and rally on 17 August in Lincoln – attended by nearly 300 people – where a series of speakers discussed the importance of health visitors, the history of trade union struggle, and the political context of further cuts to vital services such as the NHS.

Many spoke at the attack on health visitors’ terms and conditions within the context of the all-out assault on the working class by capitalist austerity measures.

We sold around 25 copies of the Socialist and met a number of people interested in finding out more about the Socialist Party. The paper sales were aided by the article in the paper on the health visitors’ strike.