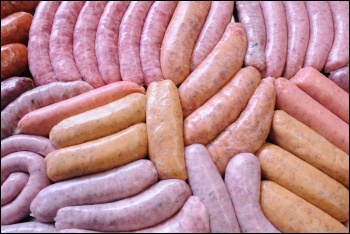 Workers at Karro Foods in Hull have won a 7.1% pay increase over two years.

Trish, a steward and main organiser of the dispute, explained that when they started the strike, the workforce did not believe that they could win but that they had to do something.

Many of them have to spend the day carrying out backbreaking work for minimum wages. Scandalously, many of the workforce are reliant on food banks.

This victory will increase the confidence of Karro workers and also the wider labour and trade union movement who have supported them.