In a postal ballot 84% of members voted yes to action and yes to saving the sixth-form sector. There was a 43% overall turnout and there will be strike action in the 25 colleges that reached the 50% turnout threshold. Union members will be re-balloting colleges where the turnout was just short of the 50% stipulated under the Tories' restrictive 2016 Trade Union Act.

The walkout on 17 October will be followed by strike days on 5 and 20 November and possible further days of action. 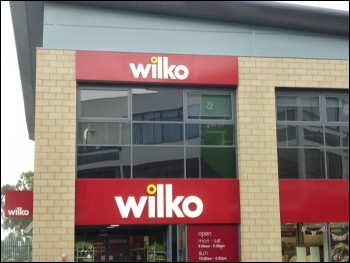 Strike action on 11 and 14 October by nearly 1,800 GMB union members at Wilko distribution centres in Magor, Wales and Worksop, Nottinghamshire, was suspended after union officials said a new company offer "meets their aims".

The strike action was in response to the 'family business' imposing a new seven-day rota, described by the GMB as "brutal", which would "force staff to work on the weekends, splitting up family time, without the agreement of their employees".

The offer will be voted on, with new strikes planned for 21 and 22 October if members reject the offer.

Around 300 Unite members at the AB InBev brewery in Magor, south Wales, walked out on 10 October in a dispute over pay.

The strike action followed a month-long overtime ban in pursuing a modest pay rise. Further strikes are scheduled for 18, 23 and 31 October.