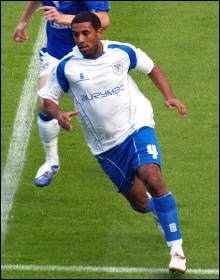 Football fans were shocked and disgusted when play was stopped twice during the Bulgaria v England Euro 2020 qualifying match on 14 October due to racist chanting from a section of Bulgarian fans. Black England players were subjected to monkey chants and Nazi salutes leading to a PA announcement for the group to stop and then play being halted while the group was removed from the stadium.

England manager Gareth Southgate actioned European governing body Uefa's 'three step protocol', created to deal with racist incidents, which has been in place for ten years but not used until now.

However, for many this game demonstrated how ineffective Uefa's approach of fines, sanctions and bans is in dealing with racism. Bulgaria had already been 'punished' by having some of the stands closed due to racist abuse at previous matches but clearly this did nothing to stop racist fans from buying tickets.

Though progress has been made on tackling racism in football, this game was a reminder of how racism still exists in some sections of fans as well as in wider society. In England too there has been racist abuse on social media. And in an FA Cup tie on 19 October Haringey Borough players walked off the pitch following abuse of their black players from some visiting Yeovil fans.

While it is important that clear action is taken against racism in football it is also important that we recognise not all fans share these attitudes. Frequently the media focuses on acts of hooliganism or racism by specific fan groups at games while not showing many of the positive anti-racism and anti-discrimination campaigns that football fans and players are central to. This wrongly scapegoats football fans and these stereotypes should also be challenged.

We need to reclaim the game, and society, from the big bosses and millionaires who are only in it for profit and put the management of clubs back in the hands of working-class fans and communities. Clubs should be collectively owned, and run by delegates elected from the supporters, from the players and employees' unions, and from the local community. This form of democracy should be emulated in the ruling bodies of the game too.

Supporters have a common cause and can be united to reclaim our game. We want football that we can afford to watch, in a safe environment free of racism, football that we run, and facilities that we own!