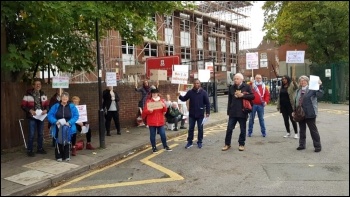 46 delegates spoiled their ballot papers in protest. Having campaigned to get rid of the previous right-wing MP, Joan Ryan, who went on to join Change UK, local members have been denied the right to democratically replace her with a local socialist. Instead they have been saddled with another right-wing candidate.