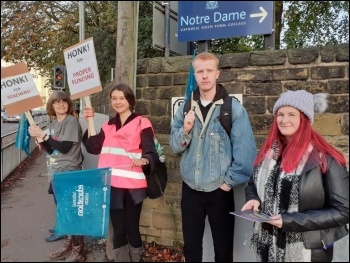 National Education Union members will be striking at over 30 sixth-form colleges on 20 November. NEU members are fighting for fair pay, conditions and employment.

The 20 November walkouts follow successful strikes in 25 sixth-form colleges on 17 October and 5 November and public protests in towns and cities.