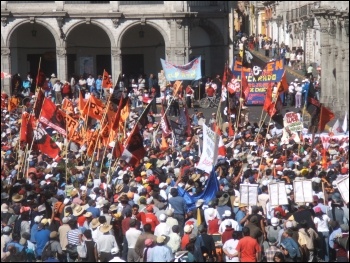 As we go to press, a general strike is set to rock India on 8 January.

The right-wing Modi government's new citizenship laws attacking religious minorities, following years of repression and attacks on the living standards or workers and the poor, have caused an explosion of anger.

New Socialist Alternative, the Socialist Party's sister party in India, says the masses don't have to wait for parliament to deliver for them. Struggle committees can be built - in workplaces, universities, etc - and can come together to form a powerful base to decide the future of the society...

The day after India, another national strike is due in France. In the run-up to the 9 January day of action, transport workers have sustained the longest national strike since the revolutionary general strike of 1968.

Ahead of the last all-sector national strikes in December, Gauche Révolutionnaire, the Socialist Party's sister party in France, said a single day of strike action will not be enough.

"We know we have to build the general strike... We need a party that defends the interests of workers, youth and the majority of the population and supports the current struggles while campaigning to end capitalism..."

Waltham Forest Socialist Party: What is a general strike?