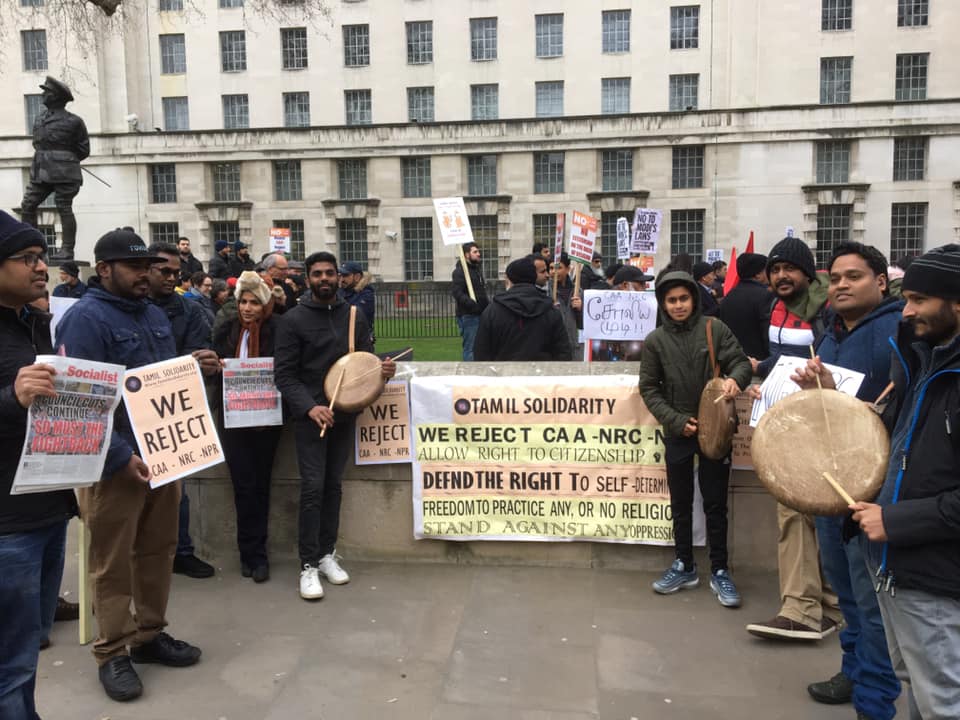 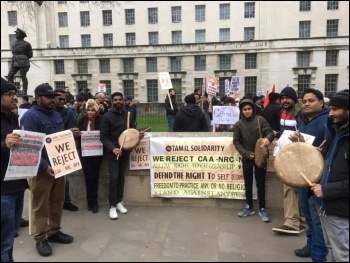 These families deserve justice – to actually know what happened to missing loved ones. Tamil Solidarity calls for the releasing of all information held by the Sri Lankan government about the civil war.

The Sri Lankan officials were rattled and their natural reaction was to photograph and video protesters once again. The Sri Lankan government had called in the help of British police – wasting taxpayers’ money – to provide ‘security’. But the protest was peaceful despite anger, sadness and disgust

We do not believe that the Sri Lankan government – that shamelessly continues to justify killing tens of thousands – will deliver justice. But the demand for freedom – recognition of right to self-determination for the Tamil-speaking masses – is stronger than ever.

Despite Storm Ciara, 150 people attended the book launch meeting that Tamil Solidarity co-organised on 9 February. The book – Keenie Meenie: The British mercenaries who got away with war crimes – highlights in detail how these mercenaries created immense profits for their company, Keenie Meenie Services

We highlighted the need to link the Tamil struggle with other oppressed communities – the working class, trade unionists, socialists and young people. These are our natural allies.

The general strike in India, for example, gives a glimpse of the potential power of working-class people to fight all their oppressors. Tamil Solidarity and the Socialist Party also emphasised the need to get active here – in the worker and community struggles that are taking place for better living conditions – against the Tory government’s right-wing policies.