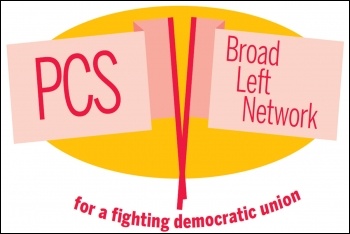 The newly formed PCS Broad Left Network (BLN) is contesting this year's PCS national elections for the first time. When nominations closed on 5 March, BLN supported candidates for president and the national executive committee had received over 40 branch nominations. This is an outstanding achievement.

The president and national executive committee ballot takes place over the period 16 April-7 May. The challenge facing BLN will be to turn this strong nomination support into membership votes.

Socialist Party member Marion Lloyd, who is the BLN candidate for president says: "We expect to do very well in the elections. Nothing can be taken for granted, but it is clear there is a mood for change in PCS, and the BLN programme has gone down well with activists and members. Thanks to BLN supporters for all their hard work."