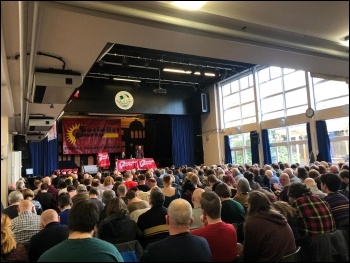 Peter has been general secretary since the inception of the Socialist Party, and prior to that was editor of the Militant newspaper. He will remain on the executive committee.