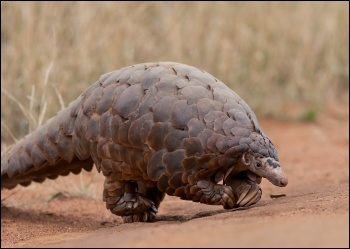 Donald Trump continually refers to the coronavirus pandemic as the "Chinese virus". He believes this demonisation of China plays to the isolationist, racist and xenophobic sections of his domestic support - a crucial audience as the bigoted president seeks a second term in office.

This weaponisation of the pandemic also serves his geopolitical interests as he pursues his trade war with China.

Of course, none of this racist rhetoric is preventing mainly poor Americans succumb to this deadly virus. Nor will Trump's gamble of blaming outsiders for the coronavirus crisis in the US necessarily succeed in preventing a working-class backlash, at some stage, against his administration's inept response - which is centred on ensuring the continuation of capitalist profit.

But Trump isn't alone in blaming China, and Chinese practices, for the global pandemic. True, the Chinese state bureaucracy - a military police dictatorship - crucially delayed for several weeks notification of the new virus, and silenced whistleblowers in its healthcare system.

But the same charge of delaying a response can be levelled at most Western capitalist democracies - including the UK, where Johnson's Tory government delayed testing to identify those infected and who thus could be isolated. And, as is widely reported, even now the scope of testing even healthworkers and carers remains ludicrously low.

Instead, lest we forget, Johnson and his sidekick advisor Dominic Cummings initially pursued a criminal 'herd immunity' strategy, which meant that by the time the lockdown and testing was belatedly introduced, the virus had firmly established itself in the population.

Whistleblowers in the NHS have also been threatened with the sack if they complain about the lack of PPE and testing on social media.

What really lies behind the relentless jibes and attacks of Western capitalist leaders and political commentators on China's 'lack of transparency', is that president Xi Jinping's regime is now kick-starting its economy while the British, US and EU countries remain mired in lockdown. And that the Chinese political bureaucracy could emergefrom the crisis far better positioned to expand its share of global markets and enhance its status.

The other charge against China is that coronavirus started in its unhygienic food markets trading in dead and live wild animals ('wet markets'), such as endangered Pangolins, bats, and so forth. This charge is a similar one to the emergence of Ebola virus in west Africa. That is, poor and uneducated people trading bushmeat or deriving traditional medicines from wild animals became exposed to new viruses.

The reality is more complicated. As the academic Andrew Liu recently wrote: "Statistics suggest the real key variable are the effects of globalisation, which have enriched the country's (China's) business classes. Prices for the animal (Pangolins) have climbed from $14 a kilo in 1994 to more than $600 today... Customers ordering wildlife often do so in order to flaunt their wealth or to celebrate a good day on the stock market, although they remain a minority: most Chinese citizens support strict limits, if not a ban, on wildlife consumption. Resurgent Pangolin consumption is thus a result of economic liberalisation in China - which the US championed - not simply of traditional culture."

In late February, the Chinese authorities eventually outlawed the sale of wild animals in food markets albeit temporarily.

Capitalism in its drive for profits ruthlessly exploits nature and the environment. Land clearances for logging and agribusiness, and by poor people driven by poverty, brings humans into contact with animals carrying reservoirs of new viruses. Global trade then ensures these diseases are swiftly circulated round the world.

In that sense, coronavirus is not 'natural' or the result of traditional or backward practices, but the result of rapacious capitalism; and the victims are human populations and the environment we depend on.