Link to this page: https://www.socialistparty.org.uk/articles/30803 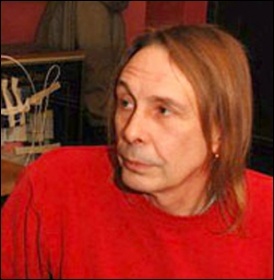 It is with great sadness and regret that the Socialist Party has lost a dedicated comrade and friend of many members, Mick Cotter.

Until the recent party congress Mick had been a member of the National Committee of the party for many years. Although in declining health for a long period, he was struck down by Covid-19.

Mick has a long history of struggle from the mid-1970s when he joined the Militant in his beloved Birmingham. He was one of the best representatives of his class. His uncle Howard was a leading figure in the Fire Brigades Union (FBU).

The bitter strike by the firefighters in 1977 drew Mick into activity when he initially joined the Labour Party Young Socialists (LPYS) and then rapidly became a Militant supporter.

I first met Mick when he was on a visit to London a couple of years later. He was in London to help out at the Militant offices. I had moved down from Leicester beforehand. We then became life-long friends after he joined the full time staff of Militant, tirelessly working in the printshop.

Prior to this he had worked in the engineering industry. He remained steadfastly at his post in the printshop for over 40 years.

He, with other comrades, undertook the galley labour necessary to produce thousands of papers, journals, leaflets, posters and other political weapons needed to build a party like the Socialist Party. They are the unsung heroes of the revolutionary movement.

He would work with others battling to keep the web offset press running as it frequently broke down. With little formal education he mastered printing and the unassuming Mick eventually became the printshop manager - which had become a sizable operation.

He played a central role in planning and executing the move of factory and offices to Hackney Wick - especially the back-breaking job of moving the printshop and reassembling it. A task he repeated when the printshop relocated to Clapton and then to Leyton. Like other comrades who perform this work in the printshop he did not expect praise and was embarrassed by it when his work was recognised by other comrades.

This work also brought him into contact with comrades in the trade unions as he oversaw production of leaflets and posters for them.

In Hackney, which became his home for the rest of his life, he was fully active in the LPYS and its struggles. The mass campaigns conducted at that time against racism and the fascists, youth unemployment and the industrial struggles of the following decades saw Mick fully participating in them. On numerous occasions he was found in the security teams formed by LPYS members on anti-fascist/racist activity. 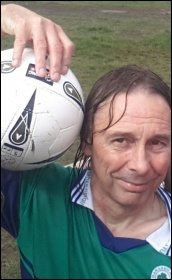 Like other comrades he took his turn on the night guard at Militant's offices in this period.

From a solidly working-class background, like most of the LPYS at the time, he had a great ability to engage with workers and trade unionists. In the late 1970s and early 1980s, Sunday lunchtimes would usually find Mick, myself and other comrades from Hackney in the local pub with a group of activists from the trade unions - shop stewards from the docks, Trumans brewery and the print industry - all gathered for drinks, discussing events and selling the Militant.

A major struggle against cuts in Hackney in the 1990s took place, directed against the council managing director who was implementing them, called Max Caller. "Mad Max" was on the posters and leaflets at the time. Together with other comrades Mick played an important role in cementing links with workers and shop stewards in the council workforce. Later he stood as a Trade Unionist and Socialist Coalition (TUSC) candidate in Stoke Newington ward in the council elections in 2014 and 2018.

He also undertook consistent, solid trade union work. Maintaining his links with the FBU he attended its annual conference for many years and was well known to the left leaders of the union at the time, like Ken Cameron. He became personal friends with many of the firefighters and FBU activists at his local fire station in Stoke Newington.

He was active in the metal mechanics’ union, NSMM, which became part of TASS and later the MSF, where he was on the NEC of the craft section of the union.

Then he became active in Unite where he was elected Chair of the London print branch, a post he held until his untimely death. He was well respected by the activists in that branch. Before becoming more seriously ill, he attended the 2018 Unite national conference, speaking from the podium.

Never afraid of being on the front line he was one of the first over the gate to join the factory occupation of the Visteon car plant at Enfield in 2009.

Although not a great reader, he got his education from the party, which aided his sharp basic class instinct and sense of empathy for the oppressed. This allowed Mick to instinctively smell what was right and wrong politically and rapidly grasp the relevant political point.

In all of the debates in the Committee for a Workers' International (CWI - which the Socialist Party in England and Wales is part of) his instincts led him to adopt the right position. He had an ingrained mistrust of the petty bourgeois left, no matter in what guise they present themselves.

Often appearing shy or maybe somewhat reserved he never sought to dominate a conversation but had opinions on all issues when asked. His qualities of honesty and loyalty shone through in his approach towards Militant and the Socialist Party and also in his close friendships. This loyalty was not always uncritical but it was always honest.

Away from the struggle he continued to support his beloved Birmingham City football team, a sport he and other comrades played in the team we formed in the 1970s-80s at the national headquarters of Militant. One of his favourite past times was winding up Villa fans.

Later he took up running, inspired by the involvement in that sport of his beloved partner Alex. She also encouraged him in trips to the theatre which he increasingly enjoyed.

He became a keen cyclist, which he sadly had to give up as his health rapidly declined. The sad look in his eyes when he told me he was going to sell his bike spoke volumes about what he was feeling.

His renowned fondness for real ale would enable us to frequently meet and chat about politics and the ups and downs of everyday life. In both he was able to just take it all in his stride and accept almost anything, providing it did not threaten the interests of the party or the working class. He even dealt with the crippling illness which hit him in the same Mick unflappable style. 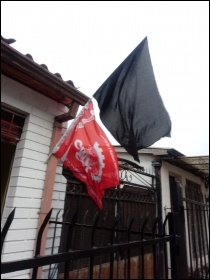 This allowed him to become a very strong friend, confidant and comrade. More recently, before his illness prevented him venturing out, a lot of our conversations in our local pub bemoaned the gentrification of Hackney which was taking place around us. He joked on one occasion that we sounded like the two old men in the Muppet show sitting on the balcony complaining about everything!

As his health declined he never lost interest in what the CWI and the Socialist Party were doing. During visits to him he wanted to know of the work of the CWI sections, even when in hospital during the coronavirus crisis.

Until this week he attended local Socialist Party branch meetings on Zoom from his hospital bed.

Always he would ask about Chile, to which he felt a particular bond because of the political situation there and having met comrades from Chile when they visited London in the 1980s. He spoke no Spanish and they no English but they established a mutual international understanding as workers from the same class. As I travelled back and forth from Chile under the Pinochet regime, Mick would always be at the airport to greet me - expecting a bottle of Pisco in return.

The Socialist Party has lost a determined fighter for the working class and for many of us a strong friend. He will be sorely missed but not forgotten. We continue the struggle for socialism which he fought for all of his life, as the best testimony to his memory.

This version of this article was first posted on the Socialist Party website on 22 May 2020 and may vary slightly from the version subsequently printed in The Socialist.