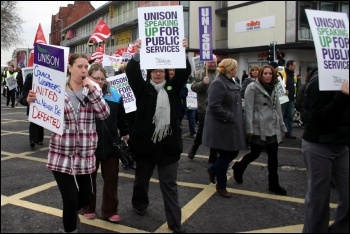 Local councils are facing huge financial crises due to Covid-19, on top of government funding cuts since 2010.

Nottingham City Council's main grant has been cut from £127m in 2013 to £25m for the last financial year. In February, it was reported that since 2011 Nottingham has lost £529 spending power per household.

Increased spending during Covid-19, including areas of social care and housing homeless people, together with revenue losses from income such as car parking and use of leisure facilities, has created a perfect storm for council finances.

As a substitute to fighting for proper funding, Nottingham City Council embarked on a commercialisation strategy. It bought properties, such as in Newcastle, and it's not sure whether or not rental income losses from properties during Covid-19 have been included in its huge Covid-19 funding gap of £65 million.

Nottingham City Council faces other financial problems. It created a not-for-profit energy company, Robin Hood Energy (RHE), in 2015. Designed to try to reduce fuel poverty in Nottingham, the company has ultimately not been able to compete against the big six energy companies. The city council has loaned money to RHE on commercial terms. From April 2018 to March 2019, the company lost £23.1 million.

The council has also put at least £17 million into the redevelopment of the Intu Broadmarsh Centre. Intu has now gone into administration part-way through, and the council, which owns the freehold, has been handed back control of the site.

As has always been the case, the city council has chosen to pass some of the burden onto its workforce. It has just sent out letters to employees (apart from a number of exempted areas that are seen as critical council functions), inviting them to apply for voluntary redundancy.

Sweetened with an enhanced redundancy package (redundancy payments had previously been hacked back to the statutory minimum and over 1,000 jobs shed), the council is planning to cut 500 jobs.

Threats of further job cuts are likely, but the council admits that even these measures may not prevent it issuing a Section 144 notice, meaning that all but absolutely critical spending would not be allowed.

The main council unions are campaigning against these job losses. They are calling on the city council not to make cuts, using all available legal means, to campaign for a legal needs budget, to demand that central government fully funds Covid-19 expenditure, and that the government grant is raised to pre-2010 levels.