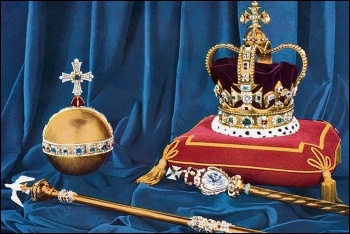 In Australia and throughout the world, workers went into struggle and won reforms, on the basis of the favourable economic conditions of capitalism's post-war boom.

Whitlam's initial aims were to rationalise some aspects of the economy and improve the welfare state.

They demanded public spending cuts from the Labor government, and got them. But that was not enough. On the pretext of a failed attempt to borrow from the Middle East, the Liberals blocked the budget in the Senate - the upper house in the Australian parliament - causing a constitutional crisis. That was when the governor-general intervened and removed Whitlam. 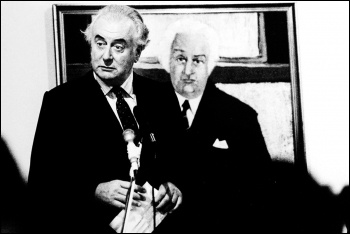 There are important lessons to learn from the Whitlam government and these events. One is that reforms are only won through working-class struggle - and they must be backed up.

Any government anywhere in the world which seeks to put workers' interests first must understand this.

The Socialist Party warned Jeremy Corbyn of this. In the event, the right wing of Britain's Labour Party intervened to protect big business before there was even a chance of forming a pro-reform Labour government.

The crown is a weapon of the ruling class which is usually kept relatively sheathed. But the queen gives royal assent to all legislation. MPs and the armed forces do not swear allegiance to parliament; they swear it to the queen. Tory prime ministers have recently used the 'royal prerogative' to act without parliament's approval, and even suspended a dissenting parliament using the queen's power of 'prorogation'.

The monarchy is a powerful ideological and legal tool for capitalism. It can be used quickly, as these events show, to prop up the profit system against workers' struggle. As such, abolition of the monarchy must form part of a broader programme for socialist change.