Just another brick in the wall

Even before Covid-19, poorer secondary school students were the equivalent of 18 months' learning behind better-off students. For disadvantaged primary kids, it was nine months, reports the Education Policy Institute.

Meanwhile, wealthy families' smaller class sizes and greater education resources mean the rich-poor gap has widened by 46% during lockdown. The National Foundation for Educational Research says even this is "likely to be an underestimate."

And young people in exam-factory, gig-economy Britain are less satisfied with their lives than anywhere else in Europe, finds the OECD - citing "fear of failure." Only 64% of 15-year-olds reported 'high life satisfaction', compared to 84% in Finland and 85% in Romania. 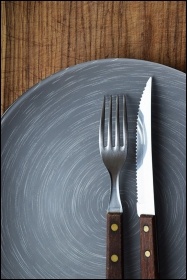 Rashford says: "I remember the sound of my mum crying herself to sleep to this day, having worked a 14-hour shift, unsure how she was going to make ends meet." More and more working-class families know what he means.

The Socialist supports Rashford's call 100%. But we would caution that the big businesses in his "child food poverty taskforce" are also responsible for the poverty pay that causes hunger. He would do better advising workers to trust in their own strength, organised in fighting unions, to demand living wages as well.

Job retention scheme subsidies are falling from 80% to 70% of wages, and due to stop at the end of October. The scheme still covers the wages of one in 12 workers. Arbitration service Acas reports that calls to its redundancy advice hotline nearly tripled in June and July.

Whatever happens in the November Budget, this shows the Tories' dilemma: hit their mates' profits with taxes on riches, or risk public revolt with austerity taxes? We say: tax the rich, nationalise the banks and big business - don't make the working class pay for the bosses' crisis.