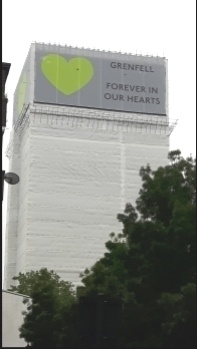 Grenfell Tower residents have been denied the right to attend the restarting inquiry into the causes of the June 2017 fire which resulted in 72 deaths. The reason given is concerns over spreading coronavirus.

But surviving residents slammed the move saying it was "madness" given that people can eat and drink out without a mask but can't attend the inquiry.

The Tower had been refurbished by the Tory council on the cheap with highly combustible cladding, and fire barriers which were badly installed. The contractors are also suspected of cutting corners to save money. Tenants concerns about safety were ignored.