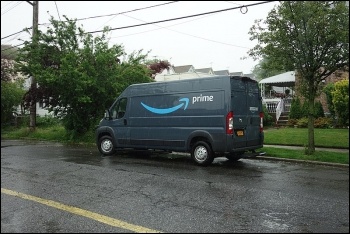 The issue first came to light after Amazon posted it was hiring two intelligence analysts to track organising efforts within the company. One of the listings said the company needed an analyst that can keep an eye on sensitive and confidential topics "including labour organising threats against the company". While the two listings mentioned other threats, they focused mainly on organised labour, which was mentioned several times.

Amazon has since said the wording of the listings was not an "accurate description of the role" and had since been corrected, although these new versions cannot be found.

Big corporations spying on their workforce is nothing new. In the UK, in 1919, an organisation called the Economic League was set up. The League's running costs were funded by contributions from various companies.