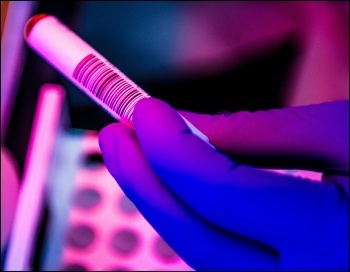 Public Health England mislaid 15,841 positive Covid-19 results that needed reporting and contact tracing, due to what Tory ministers described as a "glitch."

Reportedly, the thousands of missing entries were due to lab results being fed into Excel spreadsheets - and overflowing the maximum number of rows allowed.

For a whole week, new case numbers were reported at around 7,000 per day, while thousands of extra cases beyond the software's row limit were silently truncated. Incredibly, the government has announced that the problem has been solved by increasing the number of spreadsheets involved.

The use of Excel spreadsheets for a mission-critical system is the IT equivalent of building it out of elastic bands and duct tape. A properly engineered solution would have the testing machines feed their results directly into the NHS database.

Standard, free, open-source databases such as MySql or Postgres routinely handle millions of rows, can be updated from multiple locations simultaneously, and can be read by multiple people simultaneously. This is not rocket science, it is standard IT practice. This is how NHS hospitals process 800 million biochemistry and haematology samples per year.

But the privatisation of testing - outsourced to companies such as Deloitte, Serco, Sodexo and G4S - created a fragmentation of incompatible systems. The tried and tested public systems were bypassed. The seams are held together with 'CSV' files and Excel spreadsheets.

This system is run in the interests of the profiteers. It is incapable of testing the required numbers, incapable of providing the results in a timely manner, and incapable of delivering them to patients, GPs and contact tracers.

The "glitch" has meant that tens of thousands of coronavirus contacts were not reached and told to isolate before they had the chance to spread the virus to many more people. This latest debacle illustrates the ineptitude of the capitalist market, and the need for a socialist system organised for public health, not private profit.