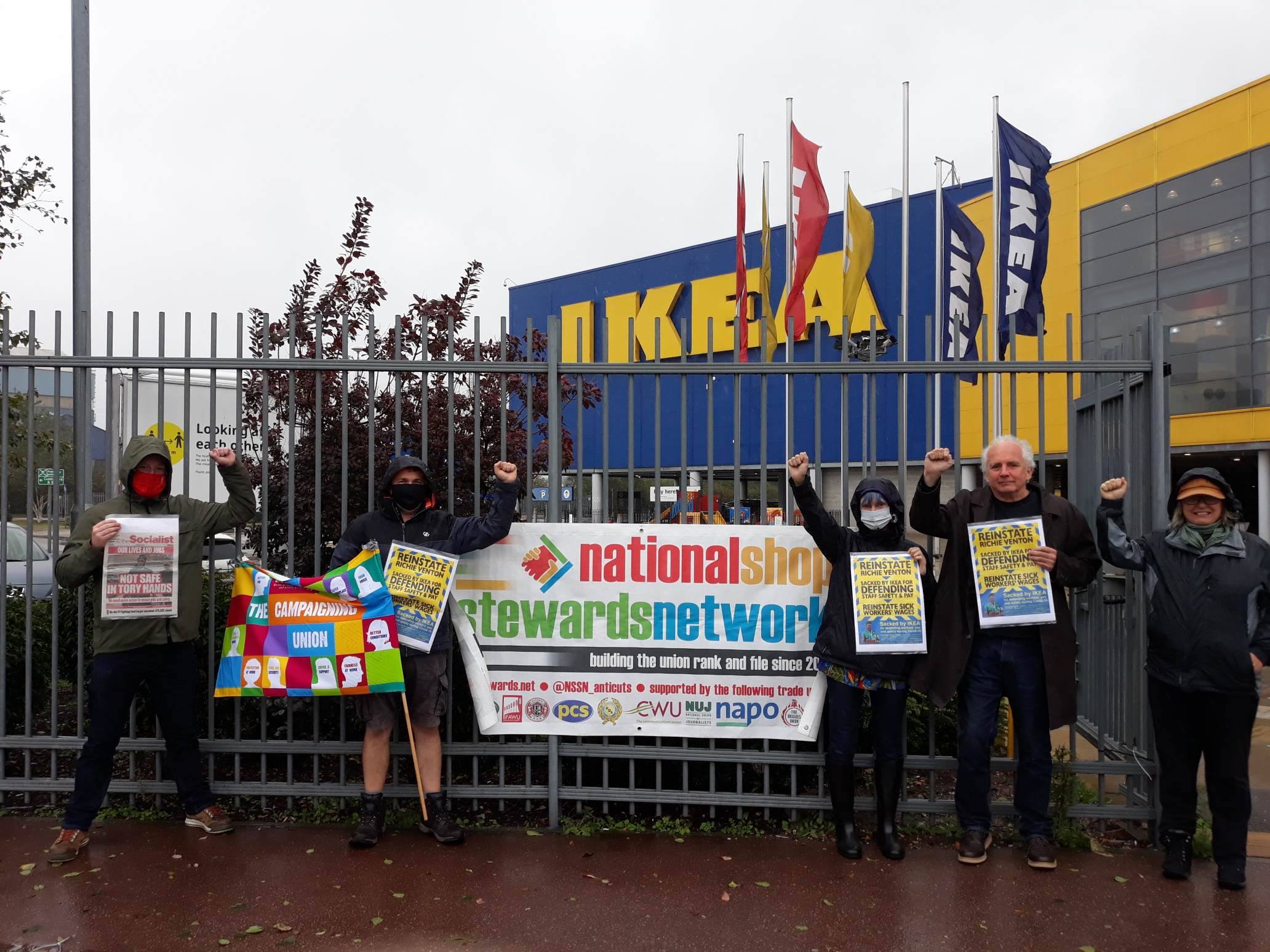 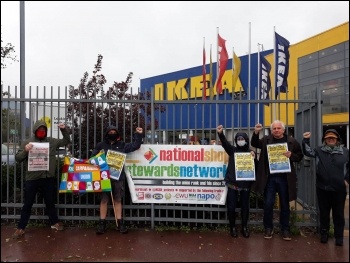 Members of a multitude of trade unions participated in the simultaneous shows of solidarity, as well as the National Shop Stewards Network, several trades councils and Socialist Party members.

As a next step, the Reinstate Richie Venton campaign has organised an online rally Thursday 8 October at 7pm. See reinstaterichieventon.com for more.