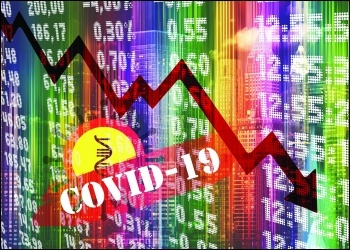 The government has put the Liverpool region in tier three, the highest category of lockdown, because the infection rate was dangerously high. But most people here view with suspicion any action the Tories take in our city, and for good reason.

First, there's anger about the reduction of furlough payments from 80% to 67% of wages. Many workers in Liverpool depend on the hospitality sector, for example, for their livelihoods. The city centre attracts thousands of tourists and revellers every weekend.

Although wages are low, it is at least a reliable source of income. But the prospect of receiving just 67% of already low, often part-time wages is causing enormous anxiety.

Second, the piecemeal approach from government, which most experts say won't even be enough to stop a severe winter crisis! Workers feel their sacrifices will be pointless.

Many workers here are also angry at a Tory government prioritising the profits of big business and protecting its own MPs' constituencies, but this anger isn't reflected by our political leaders.

The city mayor Joe Anderson said that images of people partying in Liverpool on the day before lockdown had "shamed the city." The images were of Concert Square, an area popular with young people and students. Anderson didn't mention that the rest of the city centre was deserted, but his comments were widely covered by the right-wing media, which loves to condemn Liverpool.

Meanwhile, students who were attracted to the social scene in Liverpool now face months of virtual isolation, with their courses online but still charged £9,000-a-year fees.

The government rightly points out that hospital admissions are high here. But none of our Labour leaders make the point that the underlying health problems in the city come from high levels of poverty and deprivation.

Many suffer from poor, overcrowded housing, poor working conditions, and a virtually non-existent social care system. In fact, Liverpool had a health crisis even before the pandemic struck.

The Liverpool region metro-mayor, Steve Rotheram, was seen as a close ally of Jeremy Corbyn. He could have made these points. He chose not to, and was praised by Boris Johnson for his "strong leadership." Most workers in Liverpool see weak leaders, unwilling to speak up in their interests.

Next year, Merseyside Trade Unionist and Socialist Coalition will stand election candidates with a programme putting peoples' livelihoods and lives before big business profits. It will be a real opportunity to expose Labour and its commitment to this rotten capitalist system, which is completely unable to cope with the pandemic.