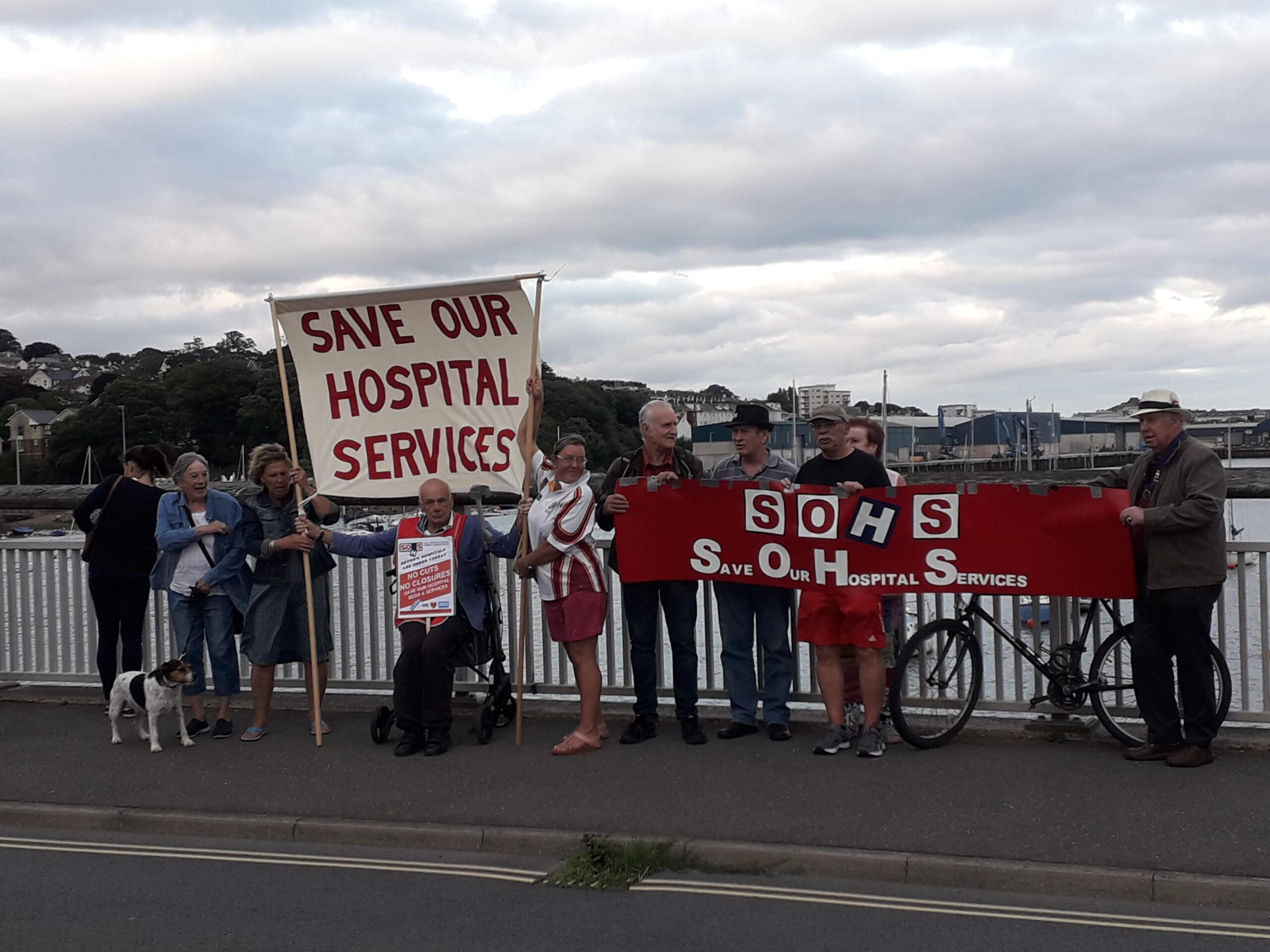 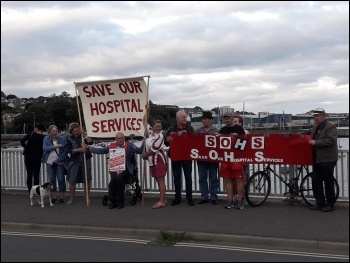 Fighting to save Teignmouth Hospital the last time!   (Click to enlarge: opens in new window)

Teignmouth Hospital was the first hospital to be rebuilt by the NHS, in 1954. Over the years, local residents have raised millions to buy equipment and beds, and refurbish large parts of it. It is a prime site, and part of the proposal is to sell it to developers.

Under the cover of Covid, a new ‘consultation’ is taking place to close the hospital and replace it with a part-privatised ‘medical hub’, without beds, physiotherapy or operations facilities.

The last few years have been the story of resistance by residents to the closure. First they came for our Minor Injuries Unit, then they took away the beds, then they mothballed the wards. ‘They’ are the Devon Clinical Commissioning Group (CCG) unelected with sham consultations. So far, they have closed 21 community hospitals in Devon.

As in the past, the CCG have been met with fierce resistance to defeat the closure. New banners and window posters have been placed around town.

A battle is being fought on social media, airwaves and many letters in local papers. Exeter Trades Union Council and Unite Community have passed motions in support.

The reaction has been so strong that the opportunist Tory MP and Lib Dems have climbed on board, conveniently forgetting that the Con-Dem coalition government set these closures in motion.