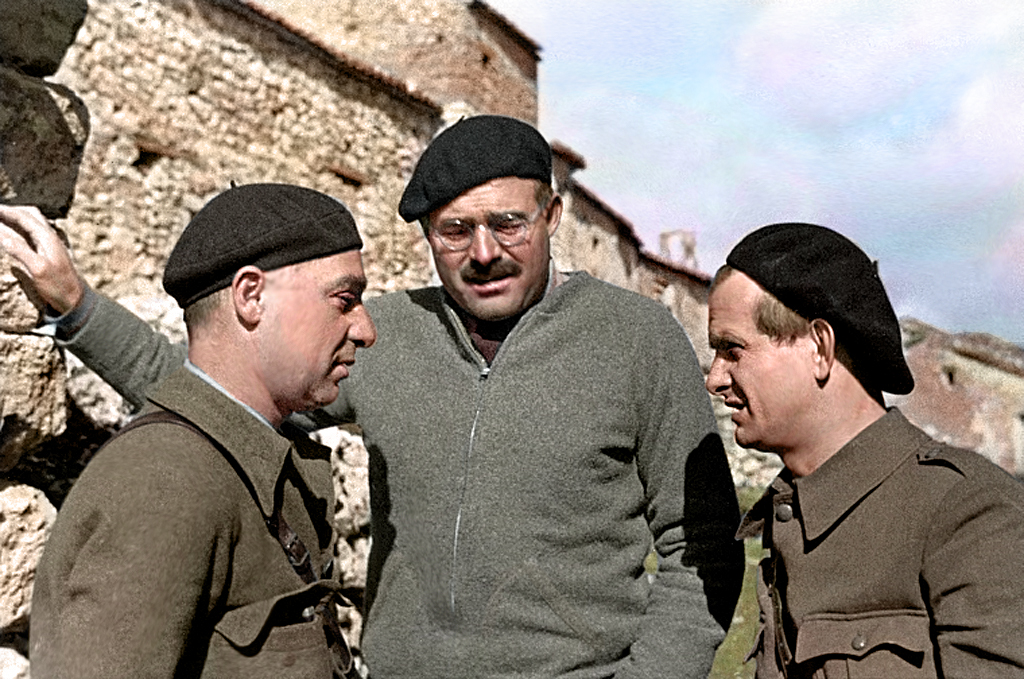 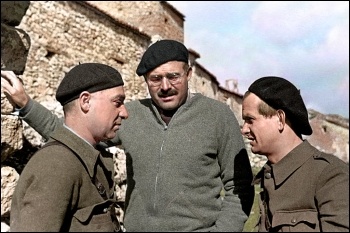 “I have fought for what I believe in for a year now. If we win here we will win everywhere. The world is a fine place and worth the fighting for and I hate very much to leave it.” With these words in ‘For Whom the Bell Tolls’, Ernest Hemingway captures the spirit of the tens of thousands who travelled to Spain to fight against fascism during the revolutionary years of the 1930s. (See ‘The Spanish Civil War’) His character Robert Jordan is a fictional example of these men and women.

‘For Whom the Bell Tolls’ is fine tribute and account of their struggle, and that of the Spanish workers and peasants. Every sentence is important and wonderfully crafted. Each chapter is full of action and feeling, the story and message inspiring.

Hemingway is one of the 20th century’s iconic writers, and ‘For Whom the Bell Tolls’, published 80 years ago this October, is one of his great works. It’s the product of his own experiences in Spain during the civil war, documenting, writing and supporting the republic and the Spanish people against Franco’s fascist coup.

Among the group are characters that leap to life from the pages. María, a young woman who falls in love with Robert and is the survivor of a fascist atrocity, and Pilar, the strong matriarch completely loyal to the cause – unlike her husband Pablo who is accused by another loyal fighter, the old man Anselmo, of being “another capitalist” after profiting from raids on the fascists.

The bravery, solidarity, and determination of the guerrilla band – reflecting the new solidarity and confidence in the country following the revolution, as well as heroism during the war – mirrors the solidarity and internationalism of all those who travelled to Spain to fight. All of which is portrayed throughout the novel.

Hemingway also uses the novel to attack both the Stalinists and anarchists, whose roles played a large part in the failure of the revolution and defeat in the war. The Stalinists allied themselves in a ‘popular front’ with enemies of the revolution throughout, and then during the war, carried out repression against those on their side who they deemed a threat.

Hemingway reflects the latter, with the appearance of the real-life French Communist leader André Marty, who has two guerrillas arrested when they were trying to deliver an urgent message, accusing them of being fascist spies. “He has a mania for shooting people”, says a guard when Marty is out of earshot, something the Stalinists like Marty did to many genuine socialists and fighters who opposed them.

As for the anarchists, who played a baleful role at several key junctures of the struggle, Pilar contemptuously says during a transfixing passage about how the revolution started in her village: “If we ever have another revolution I believe they should be destroyed at the start”.

Hemingway includes poignant scenes set in Madrid, where he was based during his time in wartime Spain, but the book’s only omission, if you can call it that, isn’t his fault. He wasn’t present in Barcelona during the earlier, heady, revolutionary days where, as another combatant, writer George Orwell, put it, “the working class was in the saddle”.

After the war, the 3,000 ‘real-life Robert Jordans who returned from Spain to the USA faced persecution and blacklisting from their own governments, even during World War Two. They’d fought against fascism ‘at the wrong time’.

The novel actually won the Pulitzer Prize in 1941, 12 years before Hemingway’s ‘The Old Man and the Sea’, but due to its left-wing politics this was overturned and no award was given. The film adaptation, unfortunately, played down the film’s politics too.

Hemingway wrote the novel in Cuba, where his circle of friends included many Spanish exiles after defeat in the war. The defeat didn’t dampen the writer’s political conviction – he went on to support the Cuban revolutionary movement and the revolution itself in 1959. This led to the FBI keeping tabs on Hemingway.

I first read ‘For Whom the Bell Tolls’ over a decade ago because I wanted to read more about the Spanish Civil War. I have since learned more about the thousands of inspiring working-class people from across the world, including many from my hometown in south Wales, who went in solidarity with the Spanish revolution – to fight fascism and fight for socialism. The inspiration and lessons remain vital to this day.