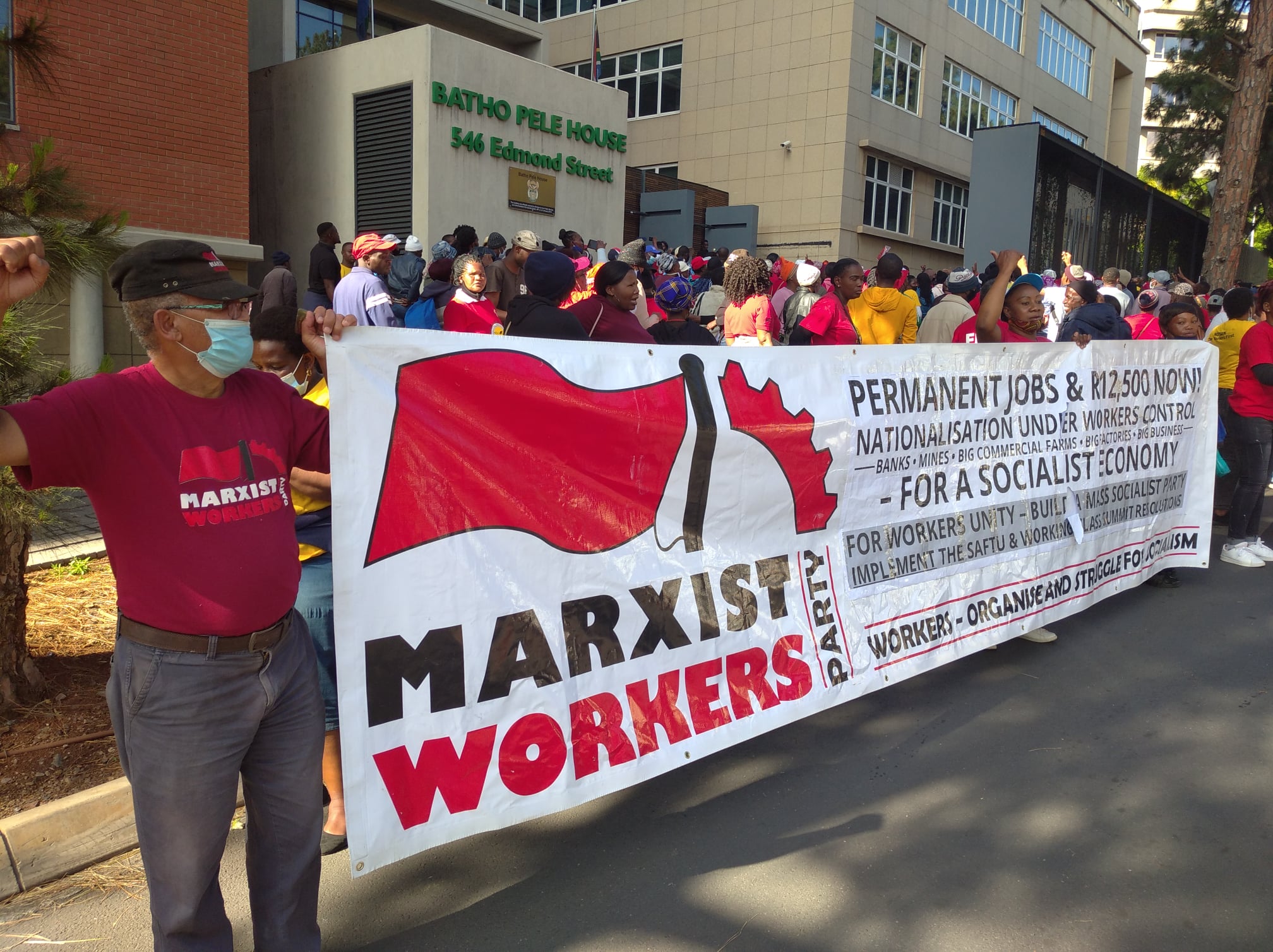 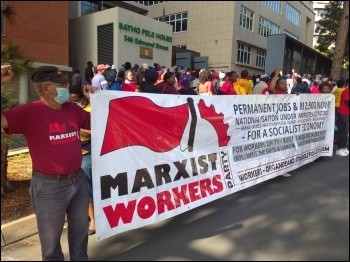 Hundreds of workers on the ANC government’s ‘slave-labour’ Expanded Public Works Programme (EPWP) took part in a day of action in their struggle for permanent jobs and a living wage. The action on 12 October was initiated by the National Union of Public Sector and Allied Workers (Nupsaw), an affiliate of the Saftu trade union federation.

The day began in Johannesburg at the Office of the Gauteng Premier. The ANC-led Gauteng provincial government (covering the cities of Johannesburg and Pretoria) was responsible for the dismissal of over 3,000 EPWP workers at the end of March.

The final destination of the day was the Department of Public Service and Administration, responsible for the management of the public sector payroll. Workers anger and frustration was reflected in the cheers that went up every time the demand for permanent jobs and a living wage was raised in speeches.

It is nearly one year since this phase of the EPWP workers’ struggle began. The workers have had to fight repeatedly for the renewal of their annual contracts.

The MWP has played a leading role in mobilising and organising EPWP workers. The provincial coordinator of the Gauteng EPWP Workers Forum – the structure created by EPWP workers to organise themselves – is a member of the MWP.

Nupsaw has signed-up over a thousand EPWP members, retaining them as members in spite of their dismissal, and has taken their case to arbitration.

Instead of combining mass action with legal challenges, as Nupsaw has done, in sharp contrast, Cosatu’s (union federation aligned with the ANC) approach has been to demand the abolition of labour broking (agency work), for example, while doing absolutely nothing to organise precarious workers in both the public and private sector.

This cowardice has encouraged the ANC government to ignore commitments to fill hundreds of thousands of vacant posts, instead of employing workers in the various slave-labour schemes, like the EPWPs and CHWs (Community Health Workers), who have been in the frontline of community testing for Covid-19.

In August, Nupsaw achieved an important breakthrough in the struggle of the CHWs. The Gauteng government finally agreed to give them all permanent jobs and more than doubled their salary.

Now the struggle continues for the insourcing of CHWs in the remaining eight provinces of South Africa, and the raising of the Gauteng CHWs to a genuine living wage. This victory has shown the EPWP workers that it is possible to win permanent jobs and that the struggle must continue.