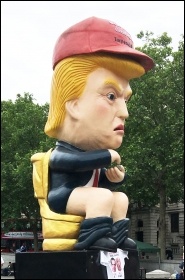 The result of the US presidential election, to be held on Tuesday 3 November, will not be known until sometime on Wednesday 4 November here in the UK at the earliest, and after issue 1108 of the Socialist has been printed.

The result could be further delayed by counting of the unprecedented number of postal ballots before the tally of electoral college votes - which constitutionally determines which candidate wins rather than the total popular vote - is declared. Therefore, readers should refer to our website - socialistparty.org.uk - for an initial assessment of the outcome, including comment from our co-thinkers in the US, the Independent Socialist Group.