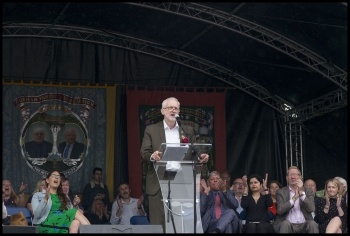 This branch believes that the decision of Blairite Labour general secretary David Evans to suspend Jeremy for stating antisemitism within Labour has been "dramatically overstated for political reasons" is an incredible attack on the right of Labour Party members to express their views. This includes Constituency Labour Parties being been banned from passing motions that criticise the Equality and Human Rights Commission (EHRC) report or Corbyn's suspension.

This branch believes that this represents a political attack on the pro-worker policies expressed in the Labour 2017 and 2019 general election manifestos under Jeremy's leadership.