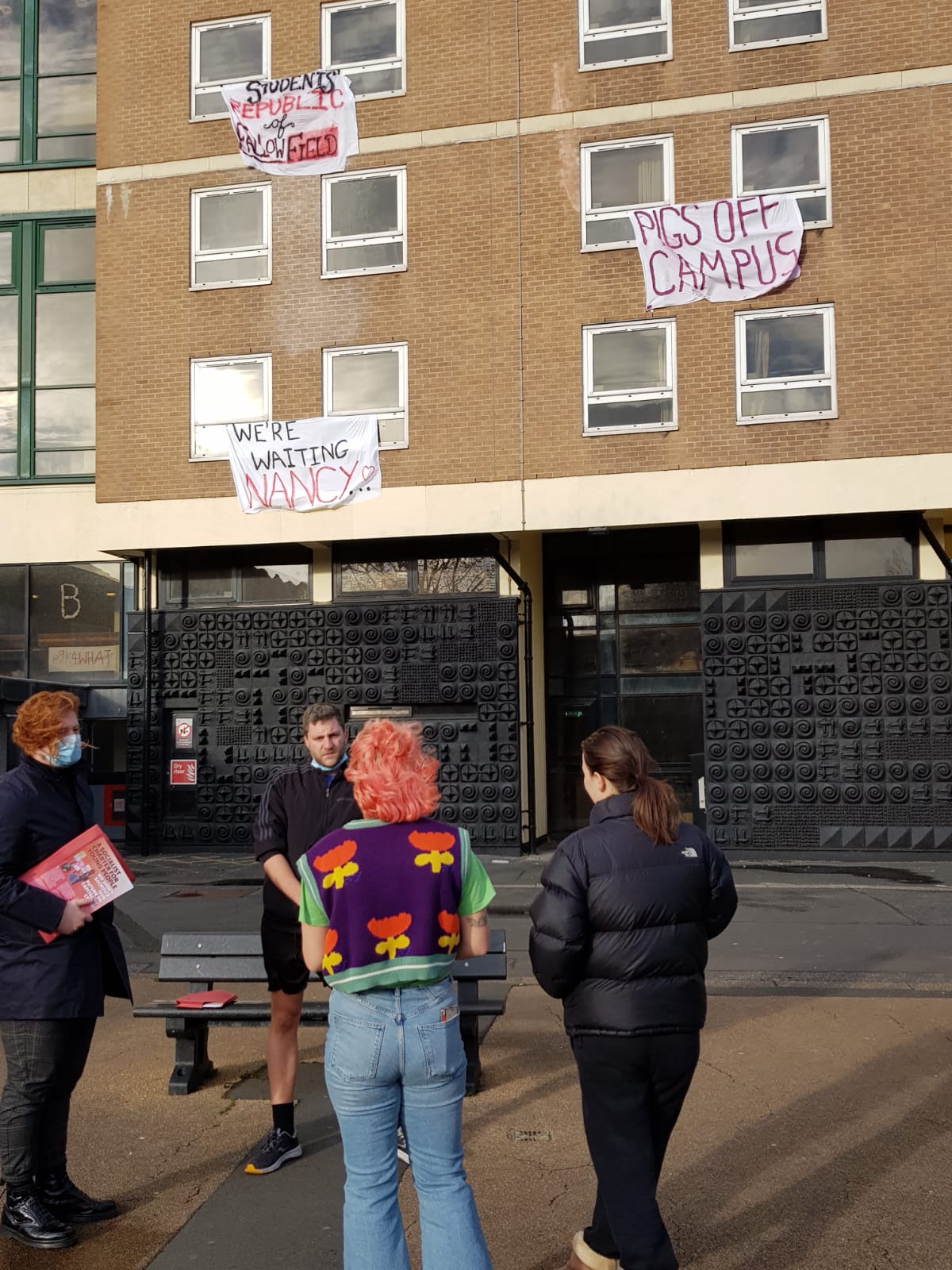 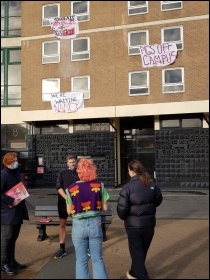 Students at the University of Manchester have successfully won a 30% refund of their rent for the term following 14 days of action. The students began occupying the halls of residence on the 12 November, with the demand of a 40% reduction in rent. Fifteen students were involved in the occupation, and received an outpouring of support from other students and the workers’ movement.

The University of Manchester initially offered a reduction of 20% in rent for the rest of the semester, but the students held firm on their demand for more. The 30% reduction agreed upon by the management represents a pay-out of between £600-900 per resident, which the university says will cost £4 million. We celebrate the students’ victory in winning their rent reduction and demand that the £4 million must not come from further cuts to lecturers and support staff.

Since the start of the pandemic, universities feared that loss of fees income, particularly from high fee-paying international students that could delay attendance. The University of Manchester, with a high proportion of international students, reacted to this by asking staff to enter into voluntary redundancy. Further to this, research budgets have been cut, and money to publish work in journals and at conferences has been reduced.

Despite the successful protests this semester, as it stands, the 30% refund only applied to first semester rents. Students will go back to paying huge amounts that most maintenance loans do not cover. More rent strikes are planned for next term, and are developing at other universities. The Manchester victory will give confidence to thousands of others.

We call for a reduction in rents of student accommodation permanently, and for rent caps to be decided by elected democratic committees involving students. Students should get a genuine living grant. Socialist Students argues that rent should be capped at 25% of this. All of this needs to be linked to the demands for staff and student safety, and for free education for all.