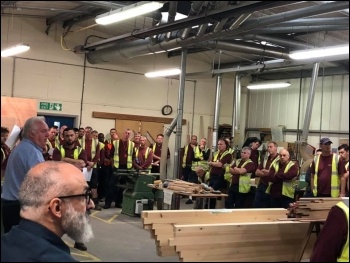 Greenwich Council housing maintenance staff have returned a thumping 97% 'yes' vote for strike action in a ballot over plans to slash wages by up to £20,000. Last year, we formed a committee representing every department and pushed our membership density to over 90%. Now, that committee is driving the branch from strength to strength - grassroots organising and trade unionism in action.

Make no mistake, refuse workers, maintenance workers and the other key workers who kept us going through this pandemic are not going to carry the can for this crisis. For the past 40 years we've been told the country is 'broke'. Wages have stagnated for ordinary people, while those at the top are raking it in. We're putting the marker down - enough is enough.