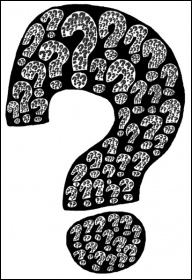 What a year! The Covid pandemic, the worst recession in living memory, the Black Lives Matter movement, the US presidential election, the Brexit debacle, growing class inequalities...

How can one forget, you might say. Well, let's see how much you remember of the 'year from hell' in our annual quiz.

1) Any number of Covid-fixing false claims. But an 'accurate antibody test kit' will do.

4) Contentiously, India. The dish Nargisi Kofta (meatball containing an egg) was a hit with British soldiers in Empire days.

6) Johnson's ex-chief advisor Dominic Cummings, who claimed that he drove 25 miles to Barnard Castle to test his eyesight!

8) Iran's general Qassim Suleimani, after US forces vaporised him in a missile attack by order of Donald Trump.

11) The contraction of the UK economy. The comparison made is with the 1709 'Great Freeze' and subsequent flu pandemic. And that's before the Tory Brexit calamity.

14) Rico Back. The anti-union boss's plan to suspend the 'universal service obligation' crumpled under the threat of 95,000 posties walking out on May Day.

16) 'Herd immunity'. Until the deadly consequences to the elderly and vulnerable were spelt out to Johnson.

17) Brazil's far-right president, Jair Bolsonaro. Half a point if you answered Donald Trump.

22) The Korean War-era Defense Production Act. Even though many workers had died and thousands had become Covid-infected at these food plants.

25) Hapless health secretary Matt Hancock, as England had the highest Covid mortality rate among 23 European countries in the first five months of 2020.

27) George Floyd, who died after cop Derek Chauvin knelt on his neck for eight minutes.

28) Slave trader Edward Colston. Scandalously, four anti-racist protesters who toppled the offensive statue have been charged by the CPS with 'criminal damage'.

29) Probation services that 21 private companies failed to properly provide. They represented 70% of the service privatised by the Tories in 2014. Extra half-point if you mentioned the Train Operating Companies which, according to the Office for National Statistics, were effectively temporarily renationalised during lockdown.

32) The privatised water companies in England. They accrued £48 billion in debt in the same period, meaning their borrowing went to dividends, not investment.

34) Unite union members employed by Heathrow Airport Limited. The new contracts will cut pay by up to 25%

35) Labour-run Croydon council. It has a £67 million hole in its finances following speculation into the property market.

36) Around 500 Nissan carworkers in Sunderland after the company scrapped their final salary pension scheme.

42) SARS - not a coronavirus, but the misnamed Special Anti-Robbery Squad.

43) Thailand's King Vajiralongkorn. His wealth is estimated at $45 billion.

45) Bolivia, with 54.4% of the vote. MAS's previous president Evo Morales had been ousted in a right-wing coup d'état.

46) Retired High Court judge Sir John Mitting - no bias then! Among the many 1,000 left organisations spied on by the state was Militant, the forerunner of the Socialist Party.

50) Chile - a landslide vote to scrap the constitutional remnants of the Pinochet dictatorship.