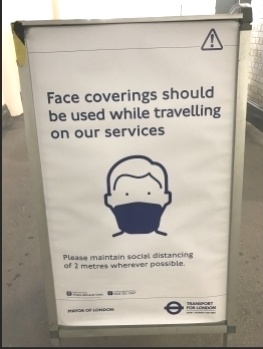 One in 30 of us in London now have the virus, and in some of London's poorer boroughs, like Barking and Dagenham, it's one in 15. All of us know people that are infected, and many of us now know people who have died.

London mayor Sadiq Khan declared London is facing a major incident due to rising rates. But workers' experience of him though the pandemic is one of failing to protect their health against the Tory government or the bosses.

He failed transport staff in the first wave, which saw over 30 bus drivers lose their lives. In total 57 Transport for London (TfL) workers have died. Then Khan agreed to more austerity for Londoners in the summer in a botched TfL funding deal.

Now he expects working-class Londoners to pay the price, announcing council tax increases. He has failed to protect working-class lives and livelihoods at every stage.

London faces nearly £500 million worth of cuts. This is after ten years of austerity, which has impacted on the current Covid crisis. Many Londoners live in overcrowded conditions, with little access to testing or space to isolate.

The London Fire Brigade has already been cut by £100 million and police by £850 million. Emergency services complain they cannot meet demand. As the NHS has declared its inability to cope, these already-cut services are now being dragooned in to plug the gaps.

London Underground has 900 less staff than 2016, and has 139 fewer cleaners. You'd think Khan would have learnt that the consequence of cutting services leaves the city ill-prepared for future emergencies.

London has a tradition of fighting Tory cuts. Throughout the 1980s the working class was mobilised again and again to stand up to the Tories and fight Thatcher. Unfortunately, Khan isn't such an opposition.

Now we face a worse assault on our health and living conditions. The cuts being proposed will push many over the edge.

They have to be resisted. We need an industrial and public sector fightback, and we need an electoral challenge in the Greater London Authority elections in May, or whenever they are.

The Trade Unionist and Socialist Coalition (TUSC) has called an online meeting in London on 20 January, to bring together all those in London who want to resist all cuts. Wherever you are, whatever union you represent or community group or renters' campaign, we can't just accept more cuts and more misery.